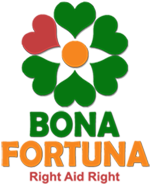 Since 2013 we have supported a large number of Christian refugee families. Most are from Pakistan and common to them is that they have been forced to leave their homeland because of their Christian beliefs and now staying illegally in Thailand.

During six years, starting 2013, we have supported more than 10 families with a monthly help package and tried to wake up governments and NGO’s (especially Christian) to look our way, and rescue these, mostly young people, all persecuted because of their Christian beliefs.

We have activated VIP’s like Volker Kauder, first secretary to Angela Merkel, who has been writing to Filippo Grandi, the UNHCR high commissioner, and after help from the Washington based “Jubilee Foundation”, finally two families got UNHCR approval. A journalist and his family, and a banker and his family – both families have lived as illegal immigrants in Thailand in more than six years!

Nowadays it is next to impossible to help Christians get out of Islamic countries . After much work we succeeded to find a Canadian church who gathered a group of people who agreed to sponsor one of the two families, the Gills. We now hope that at least they will be safe in Canada within 2021.

For many other families on the run from Islamic countries, there are not so much hope. Every month we struggle to provide those few we can reach with food packets and necessities, so they can feed their children and at least survive.

All donations go 100% to the people who need help. We are all volunteers, seniors and so on. No salaries or external costs are covered by donations.

More about this will come here later……

As long as poverty, injustice and persecution occurs, we won’t relax. In Bona Fortuna we have already shown the world, that helping the most vulnerable to gain a real life, is possible when you really go for it! Join us now and become “a changer” you too…!